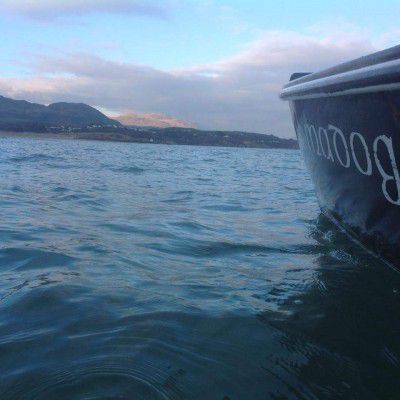 Note* The Rowing Section has it's own Web Site  →  MYC Rowing

MYC Porthmadog Rowing has been a section of Madoc Yacht Club (based on the harbour in Porthmadog) since 2001. They row in Celtic longboats; a fixed seat boat with crews consisting of four rowers and a cox. They are affiliated to the Welsh Sea Rowing.

We have four boats – Fleetwing, Madog, Glaslyn and Ysbryd Eryri (more commonly referred to as 69).

They compete in WSR League races across Wales - Northern, Joint and Southern. There are also non-league races in which we take part including the bi-annual marathon, the Celtic Challenge – rowing about 90miles from Arklow, Ireland to Aberystwyth; the 22 mile Great River Race in London, and the 17 mile Ocean to City race in Cork

We hold two open days for friends and family - ‘Sweaty Fish’ (in the Summer) and ‘Frosty Fish’ (usually over the Christmas period) events where experienced rowers and complete novices race in mixed boats. If you fancy jumping straight in with a crash course in Celtic racing, you can come for a social row unless you are a bit more competitive; please come along and have a go!

Between April and October, we hold a coaching evening every Tuesday which is open to new rowers and a Junior session (13-18yrs) every Thursday evening.

We are a very sociable group with fun nights, use of a barbeque area and a great calender of events both on and off the water.